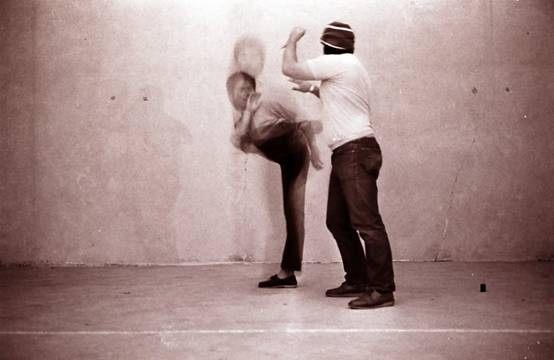 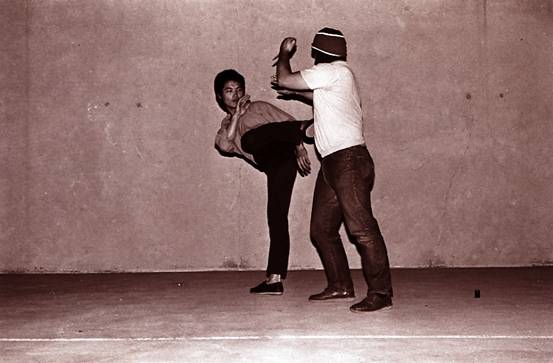 These pictures were taken in 1976 with a good quality 35mm camera and special film speed of 500 frames per second capturing Tom Wong's fast responsive kick at a surprise sneak up attack from behind by David, who claimed he felt the cold chill and wind sound went down to his spin through his stomach.

Many of Tom Wong's students have become instructors, world champions, recent national champions(in as little as 5 months of training). Tom Wong studied Kung Fu in China since 11 years old, and he was appointed chief instructor outside of China by Sum Neng and Chen Gou. Yuen Kay San / Sum Neng were documented by Chinese national athletic department as the true Wing Chun non-defeated champion of last century and national treasure since 1980, appeared on national government TV program.

Chen Gou was the true ultimate fight champion of the world in 1933 (held in Singapore) and the Top Master of Desui (Chinese ground grappling style Kung Fu, which was passed onto the 3 founders of Japanese Jujitsu by Master Chen Yuen Jun in 1619).